Songs & Such: "Could be a Lot Worse" by Vigilantes of Love 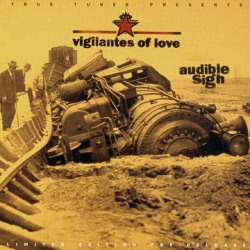 The song “Could be a Lot Worse” is off the album Audible Sigh, the second to last album to use the Vigilantes of Love moniker. The more noticeble alt-country tinge does not detract from the lyrics or rock-ish vibe the song wants to give off. In fact, that tinge is what makes the song work in its best possible way. As usual, Bill spins some of his best work when looking on the dark side of things. The odd thing is that while this song is about looking at life and saying “it could be worse” it shows hope in lines like “Gonna die a failure, but the happiness awake. You can go to sleep in hell and wake up at Heaven’s gates.”

Christians in general live off the idea of hope. We believe in hope because hope and faith are what, in the end, redeem us.

But the lyrics are not the only thing that shine here. The music greatly compliments the lyrics, especially with those splash cymbals that perfectly accent the some of the smaller words like “kiss”, “hope”, “love”, and “faith” done in such a way that one could be made to think that Bill might have wanted the focus there on purpose.

Overall, I think that Bill was trying to speak to the common man here but to also himself. No stranger to issues (especially when it came to dealing with his record company), he might have been trying to tell himself that “it could be worse” but that is something we will probably never know for sure.

Lyrics after the jump…

Could be a Lot Worse
by Vigilantes of Love
From the Album: “Audible Sigh”